VTDigger.org is a statewide news website that publishes daily reports on state government, politics, consumer affairs, business and public policy. Our mission is to produce rigorous journalism that explains complex issues, holds the government accountable to the public, and engages Vermonters in the democratic process.

VTDigger investigated the state's unwillingness to address allegations of racial discrimination and hate crimes against Kiah Morris, the sole Black woman lawmaker in the Vermont Legislature. The joint production with Vermont Public Radio won a national journalism award. Residents of Morris’ city of Bennington are still calling for the town manager and police chief to resign. An independent review published after our reporting said the Bennington Police Dept. had a “warrior mentality” and lacked policies to protect against bias. In May 2021, a report by the Vermont Human Rights Commission concluded that the Bennington police discriminated against Morris and her family.

In more than 30 investigative stories over 18 months from 2019 to 2020, VTDigger found that state regulators have not held OneCare Vermont accountable. The organization, which achieved nonprofit status in 2021 and manages Vermont’s experimental all payer health care model, has failed to curb medical spending and improve public health outcomes. Government officials are now calling for a reboot of the entire model and have demanded more rigorous monitoring. With OneCare slated to control nearly all medical spending in the state within the next three years, the stakes are high for Vermonters, especially in rural areas of the state

Alan Keays' Tarnished Badge series, published in December, detailed how police who have been accused of lying to prosecutors have continued to hold positions of power. To research this story, VTDigger obtained and reviewed police misconduct records from every local police department and sheriff’s office in the state. Lawmakers are now considering a new statute that would impose sanctions and suspend pay for law enforcement officials who are under investigation for misconduct.

When the pandemic hit Vermont, VTDigger’s newsroom worked around the clock to develop vital tools to help readers keep up with the rapidly changing situation. Our readership quadrupled in spring of 2020 as Vermonters sought accurate information to guide them during this unprecedented crisis.

Early on in Vermont’s Covid-19 outbreak, VTDigger pressured the state to release county by county and hospitalization data. In addition, we urged the Scott administration to hold more public briefings. The governor's office went from a weekly presser to three times a week.

VTDigger investigated a University of Vermont basketball game in March 2020 that was a major Covid-19 spreading event resulting in at least 20 confirmed cases, 34 suspected cases and 3 deaths.

The investigation required surveys, rigorous fact checking and interviews with game attendees. Each time we published an update to the story, we’d reach more people who had attended the game and they would share more information. The state health commissioner initially said this basketball game wasn't a spreading event, then later admitted it was.

VTDigger has received national recognition from the NYTimes, LION Publishers, NENPA and in the National Congressional Record for its role in publishing hundreds of factual reports that supported Vermont’s response to Covid-19.

See a list of tools and resources that we launched to ensure that our community had access to lifesaving information during Covid-19.

VTDigger wrote about the ongoing saga of the CityPlace development. Through demand letters, VTDigger obtained records from the City of Burlington pertaining to the CityPlace project. The records we did receive were heavily redacted. We successfully pressed for removal of the redactions, and produced a full bore expose exploring why the project has stalled since 2017.

Our 2020 Voter Guide was used by roughly 164,000 people-- more than three times the number that used the guide in 2018. The guide included bios for more than 400 House, Senate and statewide candidates in the primary and general races, a searchable campaign finance database, and a roll call vote database to help Vermonters educate themselves on how candidates voted in the past on important issues. VTDigger’s newsroom reported closely on Vermont’s primary and general elections despite the limitations of Covid-19. In addition to publishing more than 240 stories on the November election cycle, we also produced:

VTDigger’s investigation of the Slate Ridge militia training site in West Pawlet forced the governor to take a position on whether the state should seek an extreme risk order and has brought scrutiny to bear on the actions of state and local officials. The Slate Ridge investigation was picked up in a front page story in the New York Times, bringing national attention to the concerns of Vermonters. An environmental judge subsequently shut down the facility and levied fines against the owner.

"I just wanted to thank you for paying attention to this situation here in West Pawlet. I am a neighbor and we've tried for over three years to get attention to this person who threatens with impunity and has no respect for the town officials or for neighbors. He'll do exactly as he pleases as long as he can get away with it whether it is lawful or not. So you have my (and our) grateful thanks." -L.

In September 2020, VTDigger published a story about allegations from 60 victims who say they were physically, psychologically and sexually abused at the Kurn Hattin School for Children in Westminster. The Vermont Senate recently held hearings about the allegations. State officials have said they do not have the authority to shut down the school. Lawmakers are considering changes to state statute that would address gaps in state oversight and that would allow victims to sue over physical abuse. The Vermont Senate will hold hearings on allegations of child sexual abuse at Kurn Hattin School.

"I value and trust VTDigger's constant care and responsiveness to all that is happening in the state."
-Bern R.

“Vermont was not as hard-hit by COVID-19 as other New England states, and VT Digger could make a case that its journalism and reader-centric and solutions-oriented engagement work on the pandemic was part of the reason residents and public officials were better prepared."

Awards and Recognition in 2020

Commended for building strong social trust which has helped Vermont meet the unprecedented challenges of the Covid-19 pandemic with relative success.

Mark Shanahan wrote a feature about VTDigger as a model news organization for the front page of the Boston Globe.

"We’re in the process of designing and building a new home. Knowing more about sources of Vermont’s electricity (and their impact) will help us make better decisions around fuel sources and extent to which we create onsite or source from the grid. Thank you for the effort you put into researching and producing this article. Journalism of this high quality and regional focus is why I support VTDigger."
-Brian L.

Typically, VTDigger seeks to build and foster community connections around issues of importance by hosting live public events. During Covid-19, large in-person gatherings were out of the question, so we pivoted to virtual events aimed at delivering lifesaving information and civic education during a critical election year. 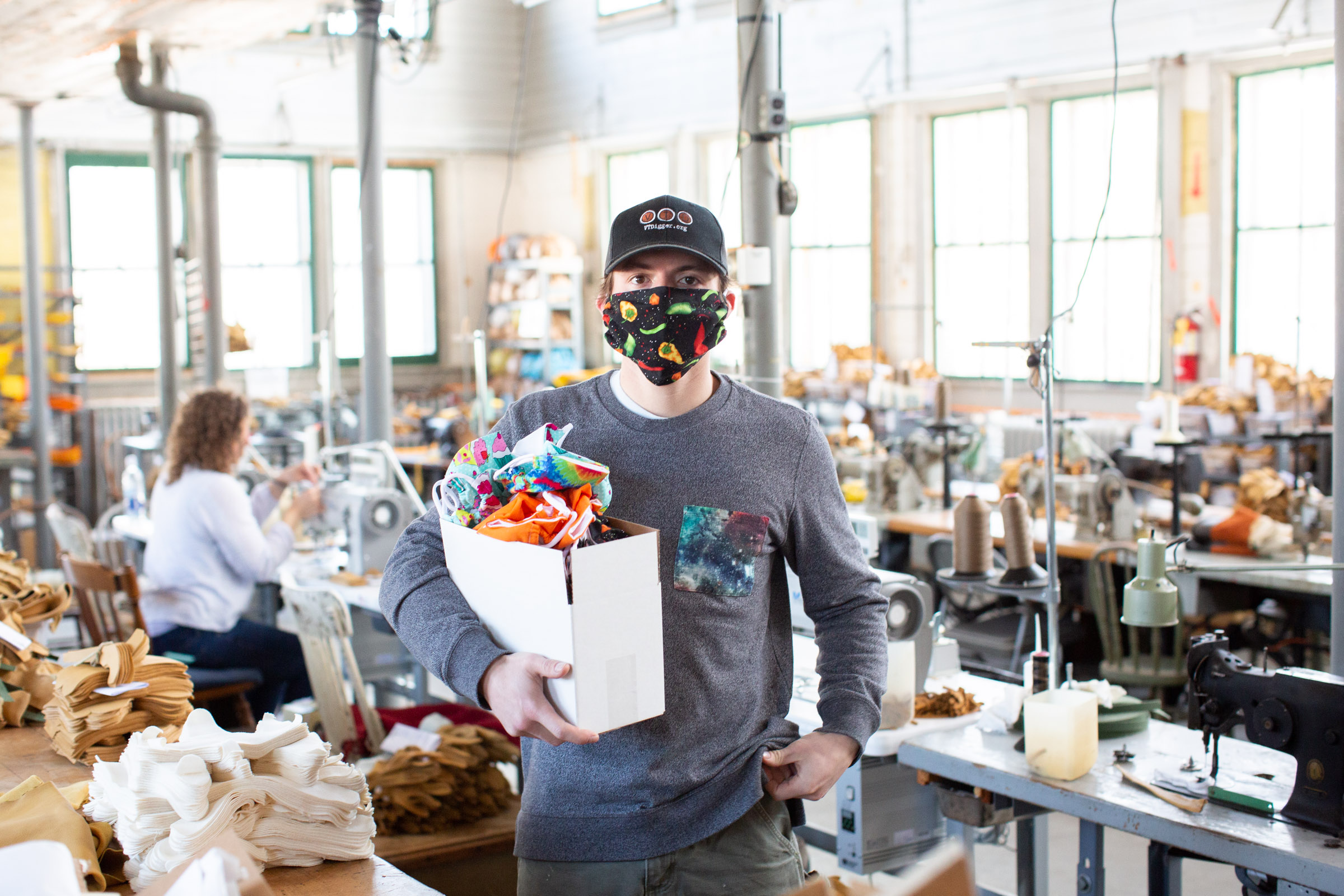 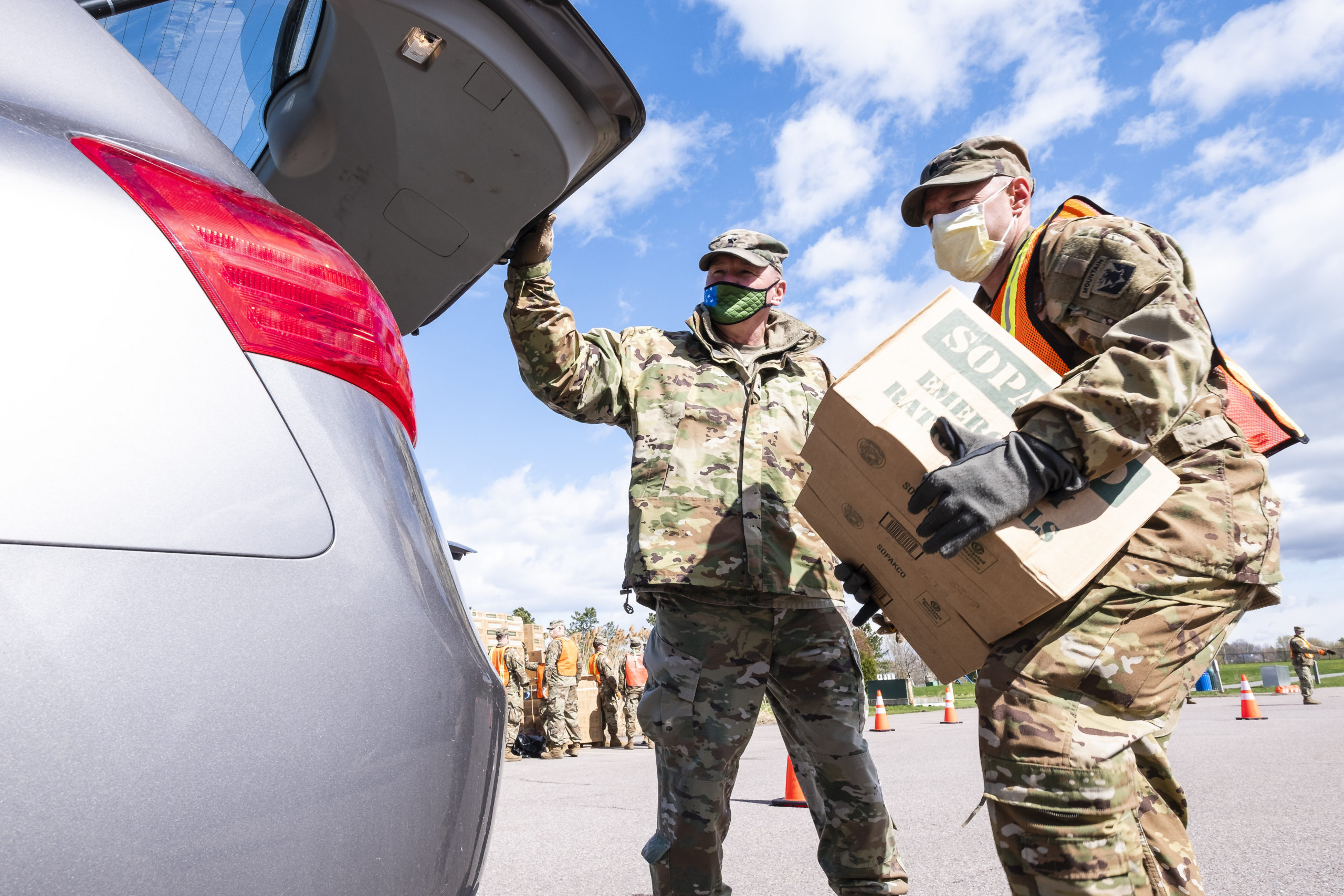 In response to the immense volume of reader questions about ever-changing Covid-19 concerns, VTDigger launched Covid FAQ Live. The FAQ Live event series was a space for community members to get answers to their most pressing questions directly from experts. Readers submitted their questions using an online form or by phone. VTDigger hosted FAQ Live events on topics including Covid holiday planning, anticipating a Covid vaccine, food insecurity, ski season during the pandemic and the vaccine rollout.

VTDigger hosted two statewide debates for the top candidates running for Vermont’s highest elected offices: Governor and Lt. Governor. While the audience joined virtually, candidates were able to debate policy in-person in a socially distanced setting. In a campaign year like no other, the VTDigger debates were the first time some of these candidates met in person.

VTDigger members accomplished incredible acts of service for their communities as well as supporting our vital local reporting during Covid-19. Members sent 3,000 Vermont Glove cloth masks to twelve local hospitals in grave need as part of the Spring Member Drive in April, 2020. Hospitals used the masks to distribute to patients at a time when supplies were incredibly scarce.

At the end of the year, as federal funding for food aid programs charged toward a cliff and 1 in 4 Vermonters was experiencing food insecurity, VTDigger members sent 40,000 meals to the Vermont Foodbank.

Achieving our mission depends upon the generosity of donors, and we’re incredibly grateful for the thousands of individuals, foundations and businesses who support our work.

We maintain a firewall between news coverage decisions and all sources of revenue. Acceptance of financial support does not constitute implied or actual endorsement of donors or their products, services or opinions.

We accept gifts, grants and sponsorships from individuals and organizations for the general support of our activities, but our news judgments are made independently and not on the basis of donor support.

We are committed to transparency in every aspect of funding our organization. Each year, we publish a full list of donors and supporters, with all who gave a total of $5,000 or more in a given year separately listed. We accept anonymous donations for general support only.

< Go back to VTDigger.org